In 2015 Frederic Laloux surprises with his book Reinventing Organizations. It is by far the most influential management book of recent years. Lean Story Design is indebted to Laloux. We believe in the power of self-managing organizations that operate in what Laloux calls the ‘evolutionary-cyan paradigm’. On this page a brief introduction to his ideas.

Laloux’s colors
Humanity does not develop gradually, but in steps. Each step is characterized by a leap in consciousness. Philosophers of science like Ken Wilber and Jenny Wade therefore divide human history into paradigms. Each paradigm contains a complex set of views and interactions and is given a name derived from the color spectrum. It starts a hundred thousand years ago with the infrared paradigm and runs through magenta, red, amber, orange and green to the cyan paradigm that ‘breaks through’ in the special time in which we live.

Laloux is doing something special. He translates the development of human consciousness – the paradigms – into the way in which we work together and organize and manage organizations. His argument: we have arrived in the ‘evolutionary’ cyan paradigm and that means that we are going to work together in a completely new way. You read that right, we will work together differently. The paradigms cannot be stopped, we just follow.  We do not yet know exactly what that would look like. But there are signs that add up in a certain direction. And it is precisely those signs that Laloux sees and interprets.

The evolutionary cyan organization is mainly distinguished by its high degree of agility and autonomy. It is based on self-direction, the strength of the collective, of an employee who is self-motivated when he gains confidence. In the introduction to the three LSD books you will find a handy overview with all the differences.

More information
If you want to know more (or everything) about Laloux’s ideas and the evolutionary-cyan organization, read his book Reinventing Organizations. You can read a summary in (the introduction to) the cyan volume of the LSD trilogy. 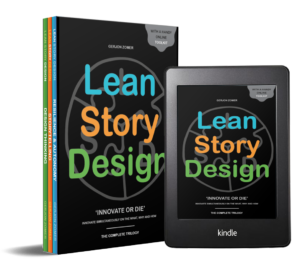